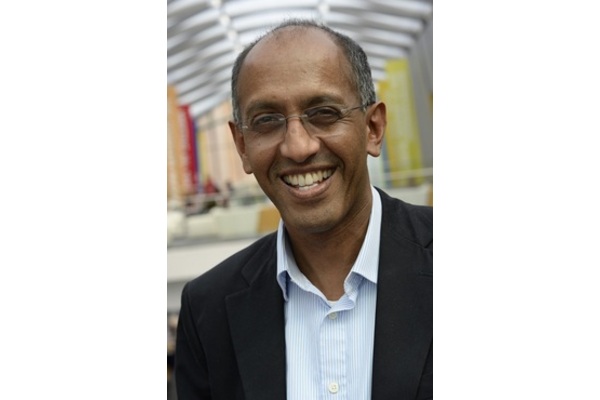 Gopikumar Menon was educated in Madras until he was nine, when his family moved to Yorkshire. Gopi’s father was a consultant paediatrician and his mother specialised initially in gynaecology but pursued a career in community paediatrics.

Gopi’s school education ­continued in Stockton-on-Tees and Queen Elizabeth Grammar School in Wakefield. From 1973 to 1976 he was a medical undergraduate at Fitzwilliam College, ­Cambridge and in 1976 won the Max Barrett Memorial Prize for a Preclinical Research Project. In 1979 he received an honours degree from the ­University of ­Cambridge, having ­completed his clinical training in St Mary’s Hospital Medical School.

While Gopi was a senior house officer in Alder Hey he met Val who was studying nursing. They married in 1985 and enjoyed 34 years of happiness together.

In 1988, Gopi became honorary senior registrar in paediatrics in Edinburgh, and in 1994 was appointed to the post of consultant neonatologist at the Simpson Memorial Maternity Hospital. As a consultant, he was to care for the newborn infants in Lothian for 25 years. Gopi worked in the high risk intensive care unit, both in the old Simpson and the new Simpson Centre for Reproductive Health, and was a key part of the leadership which looked after 15,000 very ill babies ­during his time as consultant.

Gopi was instrumental in setting up new services, including a joint respiratory clinic with the Royal Hospital for Sick Children.

He also showed an unstinting commitment to the wider issues of neonatal follow up for Scotland and developed a national system for monitoring the health of babies, a minimum dataset, which proved valuable to the Scottish ­Neonatal Consultants Group.

Gopi was an excellent teacher. He devoted great energy to teaching nursing and ­midwifery staff at the Eastern General Hospital and at the Simpson and stimulated a resuscitation skills ­programme for staff in the Simpson and beyond.

He published widely, particularly in relation to newborn nutrition. His MD thesis was entitled Nutritional Studies in Infants with Chronic Cardio-pulmonary Disease. He obtained a British Paediatric Association travel grant to study in Vienna in 1992. This was the first of several important research grants.

But perhaps Gopi most important contribution came at national level. He became honorary secretary and then president of the British ­Association of Perinatal Medicine (BAPM). He proved to be a ­powerful advocate for babies and their parents throughout the United Kingdom.

Gopi was very much an optimist and invariably saw the upside of any situation. As representative for Scotland he rapidly appreciated the differences in the approach to neonatal care across the UK and strove to ensure that the best aspects of all approaches were encouraged and shared.

Gopi was passionate about improving the quality of neonatal care and made it a central pillar of his presidency. He represented BAPM on the boards of the National Neonatal Audit Programme and the Neonatal Data Analysis Unit. He led the publication of BAPM’s Neonatal Service Quality Indicators as well as numerous other documents around quality improvement.

Gopi was a kind, thoughtful and gentle man – a doctor of complete integrity. But he was also full of surprises. Whenever there was an opportunity to get on stage, lecturing to medical students or ­taking part in a Christmas show, this calm, meticulous, unflappable character became an ­irrepressible enthusiast. In amateur ­dramatics he became affectionately known as The Great Gopendo.

A constant feature of Gopi’s life was pride in his family. His wife, Val, became a very fine artist. Their daughters are talented in different spheres: Natasha is a director of operations for a socially conscious jewellery company in Uganda which provides dignified job opportunities for women artisans. Jessica is a sports performance analyst for the Scottish Rugby Union. Gopi remained exceptionally close to his family and would have been the first to say that his daughters inherited all their talents from Val!

With his untimely death from pancreatic cancer, Gopi Menon is missed by professionals throughout the United Kingdom, by his colleagues in Edinburgh, by the many parents who will always remember him, and most especially by his loving family.

Gopi's family have said that if anyone would like to make a donations to charity in Gopi's memory they would particularly like to highlight the following organisations: