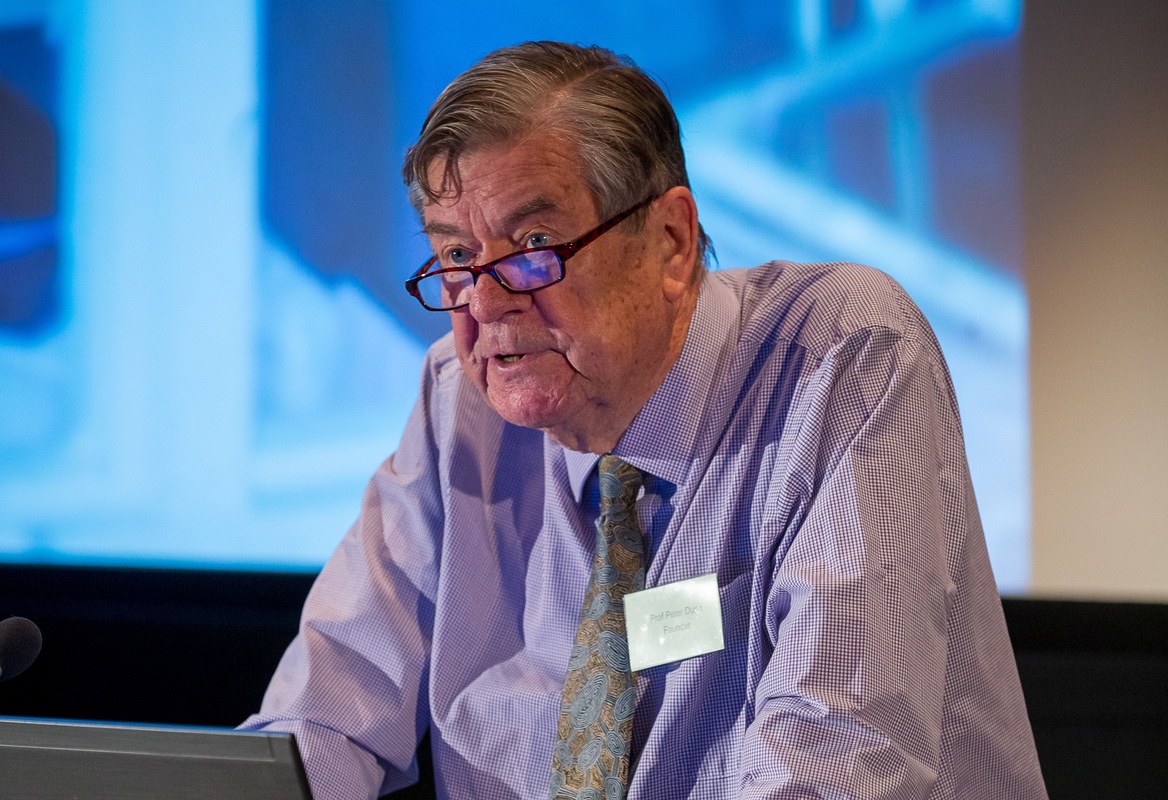 Peter Dunn, the founder and first President of the British Association of Perinatal Medicine in 1976, died on 2 February 2021.

Peter was born on June 23rd, 1929. He graduated in medicine from Cambridge in 1953. His first jobs included obstetrics and gynaecology as well as paediatrics before his registrar training in Birmingham and Bristol and a year at the Cardiovascular Research Institute, San Francisco. His Cambridge MD thesis (1968) was on congenital dislocation of the hip. His questioning mind and energy are demonstrated by the range of his 20 publications as a trainee including haemolytic disease, CDH, phocomelia, early and later cord ligation, diabetic pregnancy, neonatal polycythaemia and ventilatory response to CO2.

In 1968, Peter was appointed consultant senior lecturer in perinatal medicine and child health at the University of Bristol. Although the word ”perinatal” had been used in ”perinatal mortality” since 1944, Peter claimed to have coined the term ”perinatal medicine”. He set up the Bristol Perinatal Club with visiting lecturers in the evenings and introduced neonatal medicine to the undergraduate curriculum.  He established neonatal intensive care to Bristol in 1970, publishing on continuous positive airway pressure (CPAP) in 1971.

From then on Peter put a lot of his energy into campaigning for better organisation of perinatal care in the UK and internationally. After the founding of BAPM in 1976, Peter galvanised the British Paediatric Association, the RCOG and the House of Commons Social Services Committee into recognising and supporting perinatal medicine in the UK. Peter believed that accurate data were vital for monitoring and improving clinical care and was on countless committees including Paediatric Diagnostic Classification, Obstetric Pathology, Management of Childbirth, British Orthopaedic Association (CDH), South West Regional Perinatal Working Party, International Classification of Disease (ICD 9 and 10), World Health Organisation, International Federation of  Gynecologists and Obstetricians (FIGOI) and many more.
Peter was a founder member of the European Association for Perinatal Medicine and from 1984 worked hard to promote the creation of the Royal College of Paediatrics and Child Health.

Peter was keenly aware of how organisational and financial circumstances sometimes made it difficult for clinicians to work with optimal safely and acted as expert witness defending obstetrician Wendy Savage in 1985 and the Bristol cardiac surgeons 1995-2000. He retired from clinical work at age 60, devoting himself to lecturing, writing and advocating for better perinatal care globally. He was awarded a personal professorship by the University of Bristol.

I knew him as a colleague in the University and Southmead Hospital. He never became a confident user of Microsoft Office. Every day, in the office next to mine, he conducted extensive correspondence with perinatal colleagues all over the world, walking around loudly dictating eloquent letters to his secretary at her desk.

As an archivist, Peter Dunn's capacity was enormous. He kept a copy of all the correspondence he ever sent and received. Every document was filed and indexed then put into bound volumes year by year. Doctors, and even students, who had spent time in the neonatal unit at Southmead many years before, could ask Peter a question or request a reference and promptly received  a detailed reply. His 100+  articles on the history of perinatal medicine are a unique demonstration of Peter´s ability to collect, recognise and disseminate important advances to a new generation.

In 2005, when Peter Dunn was 75, the University of Bristol administrators politely suggested that he retire and vacate his university office as he had no research projects registered with the ethics committees nor any research grants. Peter replied ”Have you not looked at my publications? I have published 40 articles in international journals since 1999, 38 in Archives of Disease in Childhood, including 5 in the last year. How many paediatric academics in Bristol have published more than I have?” He kept his university office and continued to publish several papers a year until 2009 when he was 80.

Peter's many activities and achievements were made possible by his marriage for 59 years to Judy, as he was always the first to admit. They had met when Judy was a 19 year old nurse at Great Ormond Street.